Joke of the week brought to you by Marcus

“what is a grasshoppers favourite sport?”

Fact of the week brought to you by Victoria

Here are a few pics from Team Tui’s camp last week. A video will be uploaded on Friday showing you the highlights of our camp.

With less than 10 days till camp here is the gear list. All students received one last week.

This week joker of the week is…

Why did the MnM go to school?

Because he he wanted to be a Smartie

This week the riddler of the week is…

You see a boat filled with people. You look again, but this time you don’t see a single person on the boat. Why? Hint: The boat has not sunk.

They were all married!

What is brown and sticky

Today all of Team Tui worked in pairs to complete the STEM paper chain challenge. We had 2 pieces of A1 paper, scissors and cellotape. The challenge was to construct the longest paper chain we could.

The winners were Johana and Alex!!

Ka pai to those students who received a SAS Swimming Sport Placing and received their certificate on Friday!

Shout out to Danyon who recognised two members of our class team. He made and presented them with paper trophies.

Last week Room 5 were challenged to think about what the best part of them was. They had to brainstorm ideas about why this part was useful/helpful/amazing to them. Our learning intention was to use descriptive language to engage our audience.

Here are 8 Room 5 members who wanted to share their awesome writing with you. Make sure you come into Room 5 to check out our writing in person!

These 5 students wanted to share their special moments from Swimming sports.

Feel free to pop into Room 5 to check out the rest of Room 5’s special moments.

This year Room 5 have been working collaboratively on our class treaty.

1st in groups or on our own we came up with a visual idea for our treaty. Next we pitched our idea to the class and we each got to vote on the one we wanted.

Jack and Lukasz were selected as the Treaty managers as their idea received the most votes. Their idea was a promise garden with a flowers, a pond and a tree. In the tree is a bee hive with 22 bees. Each bee was to be created by each member of Room 5 to represent themselves. The promises are written on flowers so that the bee’s (the members of Room 5) could pick up the promise ‘pollen’ and pollinate our class.

Jack and Lukasz decided that even though they won the vote they wanted everyone to feel included so they allowed space for people to add their own personal touch to the treaty. We wrote up all the components of the treaty that needed to be made and Jack and Lukasz listened to what each person wanted to work on.

We spent the last few weeks working in groups to complete our part of the treaty. The treaty has evolved into a massive collaborative class mural that showcases our uniqueness, creatively and team work.

Below are some photos we have taken during the treaty making process. Make sure to visit Room 5 and check out our master piece. 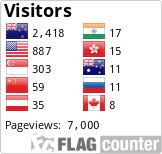